…when I’m not actually working the event.

Phoenix Comicon was the last weekend in May this year and I had a blast, even though my body was basically all “fuck you” after walking for two days straight. Originally, I was only supposed to go for one day, but my friend Gary Wilson over at Nightstalker Press gave me an exhibitor pass for the next day. Queue him into the Awesome Friend VIP area (no, you can’t get in without a pass, damn it). At any rate, I walked in two days the equivalent of working three days wrangling Michael Rooker when I work for Juliette and ZSC Entertainment. Saturday alone I walked 10,000 steps. That’s more than I walk in one day with the Rooker. Wow.

But…I saw a lot of neat stuff and met a lot of awesome people, so instead of a big gigantic long-ass post, I’m adding pictures below. There’s not a lot of them, but I’m short on time these days (I’ll explain in another post). 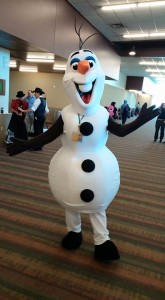 There was a pink version of Pyramidhead walking around but I wasn’t able to grab a pic of her. And yes, I know I should have taken more pics, but I stood in lines most of Saturday.

Ron Perlman AKA Hellboy (and several other characters but all I care about is Hellboy):

David Morrissey AKA the Governor, who was extremely wonderful even though I went through his line four times (I swear I’m not a stalker):

Jason Momoa *gasps*, who was also very polite and soft-spoken: 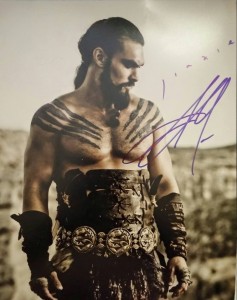 Katee Sackoff AKA Starbuck, whom I got to speak with for a good amount of time about our steps and apps for it:

Karl Urban, also very nice and might I point out how he signed the photo and exactly which photo from which movie it is and the quote is not: 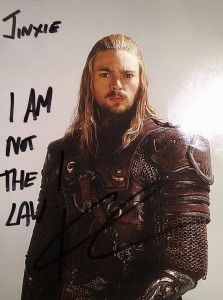 I’d also like to point out that even though I work with celebrities once in a blue moon, when I walked up to their booths for the above moments, I felt like a complete fucking on-the-verge-of-babbling fangirling idiot. So if that’s how you feel when approaching these wonderful people, don’t feel so bad about it. I do it too. 😉

I also picked up these guys. They were just hanging around for a pretty decent price. Guardians don’t cost much, it seems. 😉 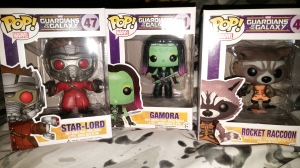 Now all I need is Drax, Nebula, Thanos, the Collector, full-sized Groot, and Ronan. Right? Who am I missing? I already have Yondu and Baby Groot.

And sometimes, after walking 10,000 goddamn steps in one day when you’re not used to it, you need to have a fucking drink and eat Mexican food.

*limps away with rum and coke*

2 thoughts on “Adventures in Comiconland”