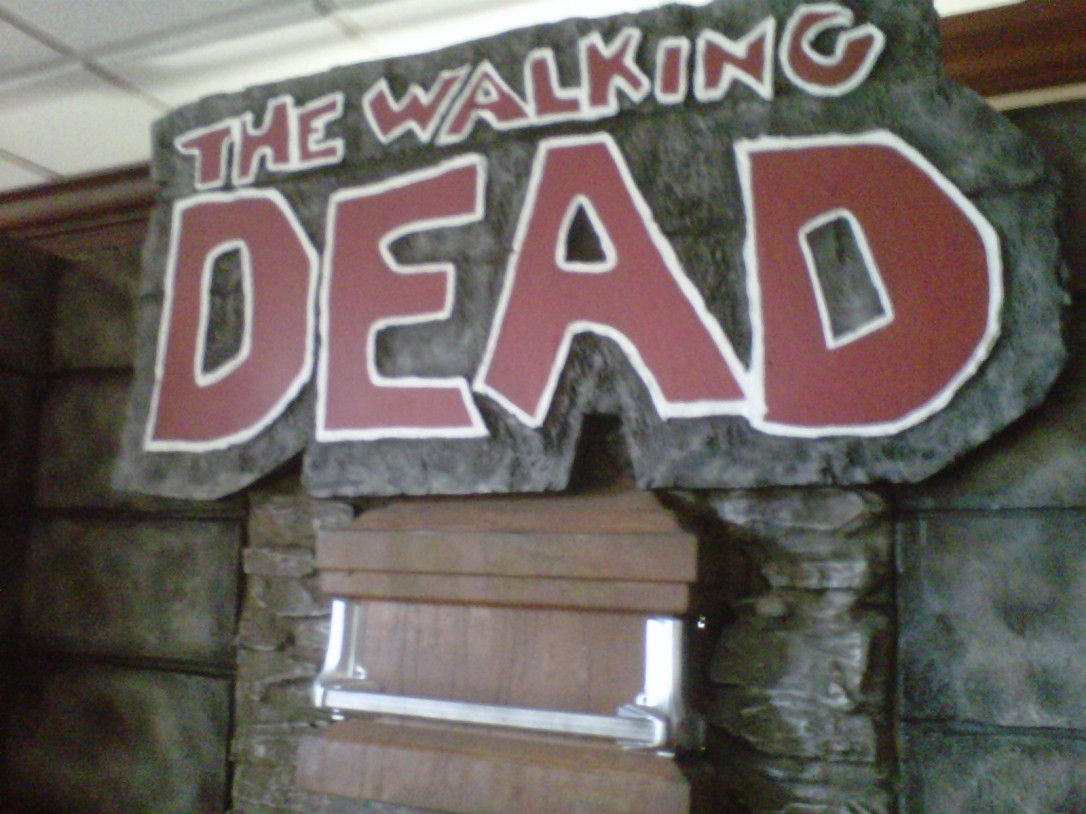 Last week, I left you with one helluva teaser, didn’t I? I know, I’m just terrible. Imagine living with me. 😉

Also, I thought you’d like to know that the wrong thing I brought up last week has now been fixed. YAY! It’s also the reason I’m writing this at home. It seems that if you remember to pay your bills before you leave for two weeks, your services won’t get cut off. How novel.

We now continue with Behind the Scenes of the ZSC…

The important thing to remember about this post is, “It’s the Captain!” (at the moment, those who were present for this phrase are falling out of their chairs laughing hysterically, which was precisely my point in placing it here)

Saturday came entirely too goddamn early and it’s generally the longest day of any convention. However, after a Starbucks run (and a convention isn’t a convention without Starbucks, who should sponsor our Behind the Scenes of the ZSC reality show because we LIVE off the caffeine), things got right into motion. Rumors flew about that Norman cancelled. Then rumors flew about that Norman was still going to show up. Norman wrapped filming The Walking Dead sometime around 2 a.m. Saturday, people. He probably went HOME. I would have. Who wants to do a con after that? So, I don’t blame him, even though I was a little disappointed, mostly because I have two Boondock Saints DVDs to get signed, but I can have that done some other time…I’m kidding, Norman….not really. That really should confuse him. I have a tendency to confuse the man, just like Sean runs away from me. Still trying to figure out just what in the hell I did, but whatevs.

Saturday, I sat at the ZSC booth most of the day, with Paul, who was my constant entertainment. Ain’t he cute? He’s also easy on the eyes. 😀 When I wasn’t at the ZSC booth, I was running errands, like getting Keisha Tillis something to eat so she wouldn’t pass out. Addy Miller came by the booth a few times to steal candy and run (I’m kidding), one of the Samhain rep’s dad kept stopping by to talk with me, Tom Savini’s grandson came by SEVERAL times to steal candy and run (I’m not kidding), and all in all, it was just a damn busy day. On one of my walkabouts, I stopped by to check on Jimmy Duval and Noah Hathaway to chat, see how they were doing, and if they needed anything, since I’d brought them their coffees the previous day after lunch.

I’m just going to skip to the evening because that’s where the fun stuff is!

So, let’s see, we went to dinner with a large group of people I hardly know, and all Paul and I cared about was food anyway, especially since there was sushi involved. Paul is a foodie and a cook, just like me. Before dinner, Paul ran and picked up some liquor for later in the evening. Why did he do this before dinner? Because for whatever fucked up reason, Cincinnati liquor stores close at 9 p.m. I WISH I was kidding about this, but I’m not. I won’t be moving to Ohio.

After dinner, we escaped…er, I mean, we went back to the hotel where the convention was, with our alcohol, and went into the bar to see who was around. Unfortunately, Lora got smacked with a migraine earlier in the day, so she was out for the whole day and night. We got some Cokes, headed outside, and proceeded to pour my Captain Morgan’s in them.

At this juncture, I’d just like to say that it is Juliette’s fault that the phrase “It’s the Captain!” started that night, and of course, when saying said phrase, the pose must also be made. Do you think it mattered that we didn’t have anything to prop our foot on? Of course not! We just posed and said, “It’s the Captain!” This began about two or three drinks into the bottle. Now you know why you kept seeing us say that on Twitter. Yes, we’re fucking insane.

There was a pool party at the hotel that night, and while Juliette and Sarah ran off somewhere–I think to help Michael Rooker with something–Paul and I headed over to the party to check it out. After talking the security guy into letting us in without bracelets and only Juliette’s VIP pass because I’d left mine in the hotel room, Paul and I walked into the party…which was full of children. That stopped me in my tracks and I was hot because I still had my pea coat on, so I looked at Paul  and said, “I”m going outside to smoke. I can’t drink around kids.” I let Juliette and Sarah know where we were, and that’s pretty much where we stayed for most of the night once they joined us. You see, Juliette didn’t want to go into the party because she knew someone would throw her into the pool because Friday was her birthday…and she would be correct in that assumption because plans for doing just that were afoot. Personally, I had no problem with standing outside most of the night, with frequent trips inside to get more Coke. On one of those trips, I got this lovely photo op with Jimmy.

He really is a sweetheart.

Later in the night–and I’m told this was somewhere around the 4 a.m. mark, but I can’t be sure because “It’s the Captain!”–we ordered pizza and had it delivered to the hotel bar. Yes, we really did. What? The fucking kitchen was closed! So we took our pizza and wings (those were for me), and moved out of the bar and into the lobby where they’d been serving food during the con each day. Brian O’Halloran stopped by to see us, so we all tackled him for photos.

Also? Craziness and unbelievable, but of all places to run into these two, I ran into them at this moment in time while we were all devouring our pizza. Alice and Mark started talking to us, and then Alice looks at me and says, “Were you in Chicago?” and I was fucking floored that these two were the two who picked me up off the goddamn floor in Chicago when I took a tumble during the mile long walk from Hell. 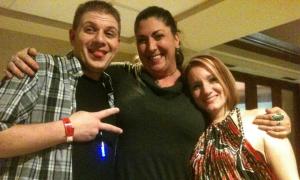 Of course we gave them pizza! They picked me up off the floor in Chicago!

And now, I’m going to throw another Behind the Scenes to be continued… at you!

Up Next: shutdown, The Walking Dead, and “Are those Juliette’s clothes all over the road?”