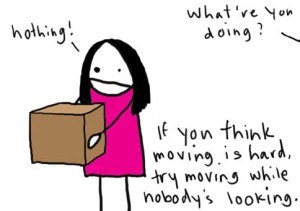 From the length of time that has passed between moving Umi and writing this blog post (on Saturday, actually), you can see exactly how much the process drained me, and I’m not just talking about the move itself in 100 degree weather. Photos are also lacking in this post because I didn’t take any. I was too busy trying to stay hydrated and keeping myself from passing out. God, I hate this state.

My mother has always, for whatever reason, picked the summer months to move. It has nothing to do with when Akhi and I were kids and not moving while we were in school, because she did that too every now and then. We moved about every three years, to which she protests, claiming “I hate moving. It’s why we stayed in one place when you two were kids.” Really? Okay mom, have fun in that little world. By the way, are there any tall, hot warrior vampires in there too? If so, I’d like to join you on Fantasy Island. Be sure to say “hi” to Mr. Rourke for me.

She also never plans her moves. This is the biggest cause of my headaches: her procrastination and lack of planning. Let me show you what was supposed to happen on Tuesday, June 1st:

Yeah. It so didn’t work out that way. Here’s what really happened: 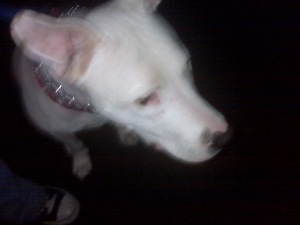 (he kept moving, the little shit. And this is the ONLY picture I took that day)

And that was last Tuesday for me. It’s taken about four days to recover because of my fibromyalgia and lupus. Fun, fun!

Next time Umi wants to move, Akhi can hire some damn movers (he laughed at me when I mentioned that, by the way). I know that’s what I’m going to do because I hate moving…loathe it now.

And now I’m going to go write something else. =)